It’s been too long since I’ve posted! In my attempt to graduate a year early (that just means I can go off to culinary school earlier) I have to overload classes for the next 3 semesters and take 4 summer school classes. The result? Lots and lots of homework – and not enough time to post! 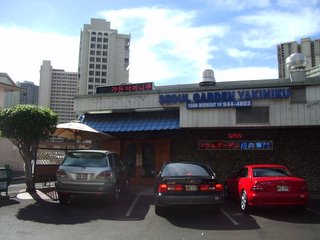 As promised, there were a bunch of places I visted over break that deserve mention. Our family goes to Seoul Garden for Friday night Korean dinners but never thought to lunch there until my mom and I had an really funny need-korean-food-so-badly attack. We knew they offered pretty good lunch deals, so it was the perfect time to drop by. 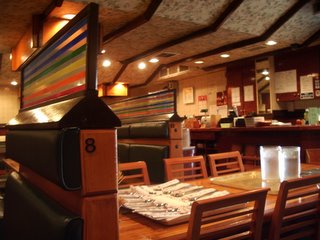 At 10 am on a Wednesday morning, the restaurant was quite empty save for a group of Korean men who looked as if they had spent the previous evening in the strip bar next door, a local couple and a few groups of middle aged korean ladies. 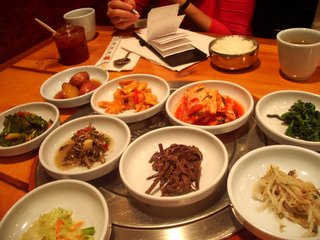 The yakiniku here is excellent, but it was the lunch specials we were after. After settling down in one of the many green booths topped by “rainbow plastic” we were presented with an assortment of veggies. Nothing unusual but all good quality. I especially love their korean potatoes which are sweeter than most places – like they rolled the chunks in honey before tossing in the shoyu mixture. 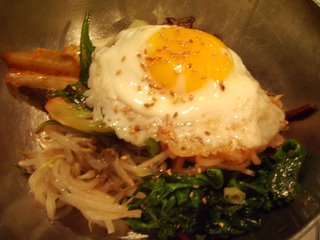 The Bi Bim Bap ($5.95) was served in a large metal bowl accompanied by a bowl of rice. I’m used to the rice being underneath all the veggies, so this was a nice departure from the ordinary, allowing me to control the rice to veggie ratio. No hot stone during lunch, but the medly of seseame seasoned vegetables and sweet mushrooms were enough to make me forget about my favorite part of bi bim bap – bits of crisped rice stuck to the bottom and sides of the bowl. 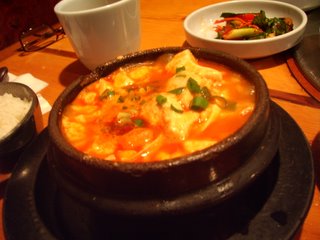 We also a bowl of Seafood & Soft Tofu Stew ($5.95). This definitely pales in comparison to the stew at So Gong Dong. There was barely any seafood or tofu. I did enjoy the hearty rich flavor of the soup. We requested for it to be extra spicy and boy did they deliver! My lips were blistering red after a couple of spoonfuls. 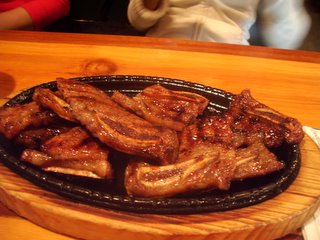 My sister’s Kal Bi Plate ($7.95) was delivered on a sizzling platter. The waitress quickly set the dish before us and rapidly cut the kai bi into bite sized portions. The sweet and smokey barbeque smell was irresistible, (I acutally don’t mind that smell on my clothes afterwards…hehe). Tender soft, this was the best kal bi I’ve had in a long time. 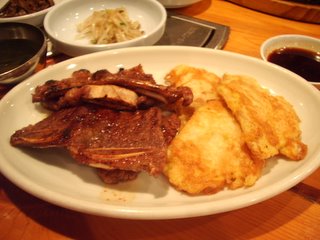 The Kal Bi & Fish Jun plate ($7.95) was less impressive as the Kal Bi was fully cooked in the kitchen and lay limp next to the fish jun. I felt like they used a different type of meat. Now wouldn’t it be funny if they saved the higher grade meat for the Kal Bi only plate and used the leftovers for the Kal Bi & Other Stuff plates! Fish Jun is one of my favorite “Korean” dishes (I doubt you’ll find many restaurants in Korea that acutally serve fish jun), mainly because I love any type of fish and how can you go wrong when it’s fried in an egg batter? Seoul Garden used large pieces coated in a light egg and flour mixture. This resulted in a thin crispy crust enveloping the slices of hot tender fish. It’s not difficult to make but when fish jun is done exceptionally well it is oh soo delicious.
A great meal at a really good price considering that you’d pay twice as much if you came during the evening. It’s also cheaper than a plate lunch at Yummy’s! The service is also better at lunch for the waitresses aren’t as rushed serving crowds of people. I’ll definitely be back more frequently – where else can you get a massively delicious bowl of bi bim bap with all the traditional side dishes and sit down service for $5.95?